Home>A New-found Golf Paradise>Attractions>Miaoli>Shengxing Station
Shengxing Station
A+ A-
Shengxing is a small railway station at an altitude 402 meters. Not in operation anymore, the small station has become a popular tourist spot instead of being abandoned. Established as early as during the reign of Guangxu Emperor in the Qing Dynasty, the Shengxing station used to be the highest point of the TRA Western Line. At the time when the station was still operating, the approaching train always caught people’s attention and had their gaze. The exquisite wooden station building, which was renovated during the time of Japanese Occupation, sits nicely among dozens of households in the mountain. Even though the station was shut down in 1998, the beautiful mountain railways were preserved. The street in front of the station is less than one hundred meters in length, but it is no less attractive thanks to the various specialty shops and restaurants standing on both sides of the street. On holidays, this historic railway station is always packed with tourists, especially during the tung blossom season in April and May. 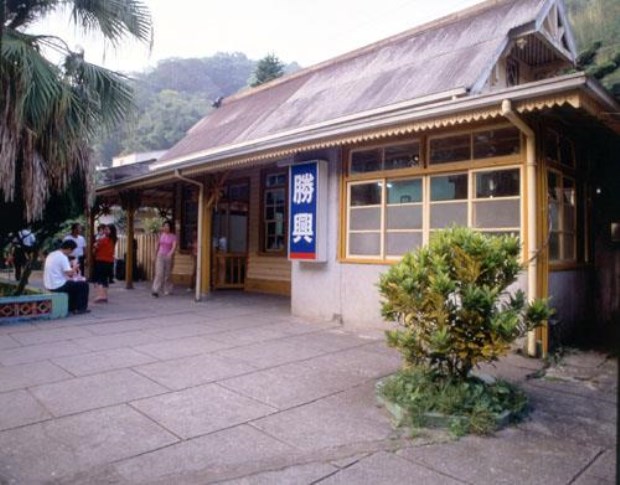