Home>A Vibrant, Passionate Wonderland>Attractions>Chiayi & Tainan>Hinoki Village at Chiayi City
Hinoki Village at Chiayi City
A+ A-
A village made of twenty-eight renovated wooden historic buildings at the intersection of Linsen East Road and Gonghe Road in Chiayi almost certainly catches the eye of passersby. The Japanese-style village situated at the bustling streets was formerly named “Hinoki-cho” (literally hinoki village) since hinoki was the primary constructing material used. The houses were originally dormitories for officials who were involved in developing the logging industry at Alishan during the time of the Japanese Occupation. Thanks to a four-year renovation project, the houses are renewed with traditional Japanese construction method, which brings the hinoki village back to its original elegance and magnificence. The village measures 3.4 hectares (approximately 8 acres) and is divided into two sections: the dorms for Japanese base-level staff and those for high-ranking officials. Now, the over sixty-year old village has been transformed into a creative market for leisure and tourism which highlights various creative stores and shops, including specialty and souvenir shops, artistic daily objects shops, coffee houses, creative cuisine restaurants and art galleries. Other interesting places are the Nostalgic Toy World, World Antique Toy World, and the Old Chiayi Hall. Come here for a trip back to the good old days! The well-designed village is consistent in style with unique interesting variations in each house. A public bathhouse and guest house are also available. A tour at the Hinoki Village will bring guaranteed fun! 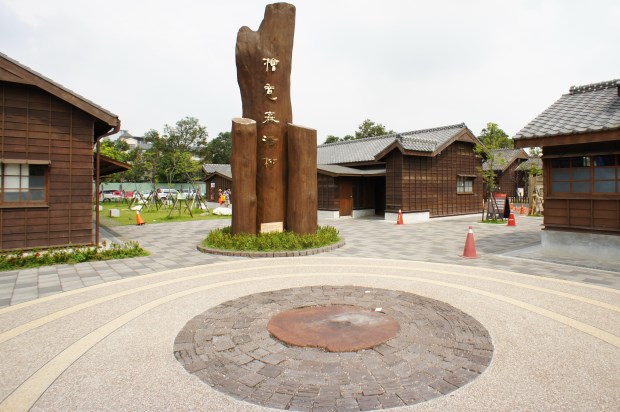